Tamara Lempicka 16 May 1898 - 18 March 1980; was a Polish painter who spent her working life in France and the United States. She is best known for her polished Art Deco portraits of aristocrats and the rich.
No products found... 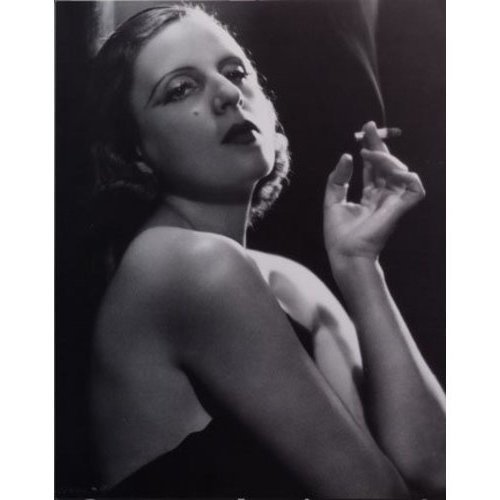 Icon of the wild 20s

"My paintings are recognizable among a hundred others. My goal is not to copy under any circumstances. Develop a new style... with strong colors... with great elegance in the figures..." Tamara de Lempicka was the diva of Art Déco painting and an icon of the wild 20's. Her art and her way of life, in great prosperity, unbridled lust and endless intrigues symbolize the pleasant days of the Roaring Twenties. Tamara was a remarkable beauty, of Polish nobility, fleeing the Russian Revolution in Paris. There she began her art studies and soon became famous for her cool and sensual style of painting, which quickly became a symbol of the new Art Deco look.

The artistic and social life of Paris

Lempicka was born in Warsaw and moved briefly to St. Petersburg, where she married a prominent Polish lawyer, after which she travelled to Paris. She studied painting with Maurice Denis and André Lhote. Her style was a mix of late, refined Cubism and the neoclassical style, mainly inspired by the work of Jean-Dominique Ingres[ She was an active participant in the artistic and social life of Paris between the wars. In 1928, she became the mistress of Baron Raoul Kuffner, a wealthy art collector from the former Austro-Hungarian Empire. After the death of his wife in 1933, the baron married Lempicka in 1934, after which she became known in the press as "The Baroness with a brush".

After the outbreak of the Second World War in 1939, she and her husband moved to the United States and painted famous portraits, still lifes and, in the 1960s, some abstract paintings. Her work was out of fashion after the Second World War, but returned in the late 1960s with the rediscovery of Art Deco. In 1974 she moved to Mexico, where she died in 1980.