Monique Altig was born in Sion, Switzerland. She became a sculptor quite late - her first works in clay emerged in the early 1990s.

Monique Altig was born in Sion, Switzerland. She came to sculpture late - it was not until the early 1990s that she created her first clay works. Since then, however, she has created numerous objects, eluding any classification into art movements and styles. Sometimes she works with the greatest figurative precision, sometimes in high abstraction. What is most typical of Altig is the delicate execution of her ideas, her sense of detail, and the fact that she cannot put a work down until it meets her idea of perfection. Altig's tonal art is thus, in this it differs from other approaches in contemporary art, not an art of suggestion or the deliberately fragmentary, but one of the complete, exact realization of a sketch or an underlying idea. Typical for Altig is the combination of clay and metal. In recent times, she has also been intensively occupied with African culture and has been inspired by it in her own works. 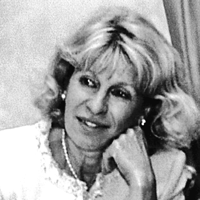